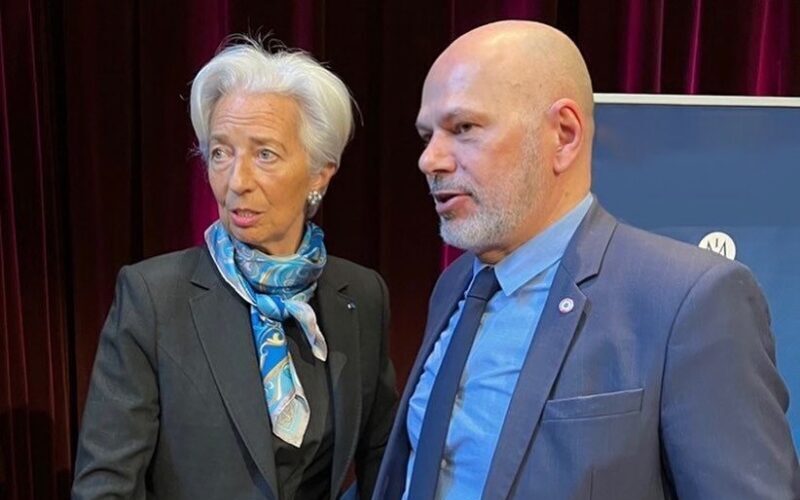 Crises follow one another… but are not alike. Yves Censi, a senior partner at Mascaret, met Christine Lagarde at the Montaigne Institute for a Q&A session. He gives us more details:

“I met up with a still-as-always brilliant Christine Lagarde on Monday to discuss the inflationary context, the economic and monetary consequences of the global double shock of Covid and the ukrainian conflict, as well as the awaited role of the European Central Bank. Redistribution of access to resources and raw materials upsets our paradigms of growth, consumption and sovereignty. In particular: social inequalities and the standard of living.

The second photo dates from September 2008, “black Monday”, when we were returning, with the President of the ECB at the time, Jean Claude Trichet, from Washington where we had just witnessed the bankruptcy of Lehman Brothers. The latter had precipitated the planet into the worst economic crisis since the 1930s. The obsession was on the reduction of sovereign debt, which is clearly taking a back seat nowadays.”