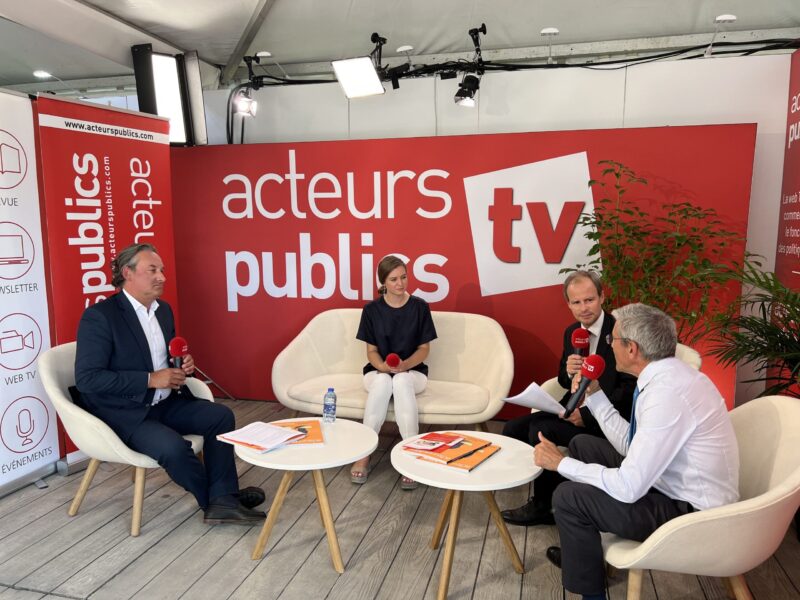 Created to replace the movement’s former “Summer University”, the #REF – Meeting of Entrepreneurs of France – has become unmissable, it is the “most influential #economic meeting of the fall… Two days to debate, exchange, confront ideas…” From August 29 to 30, 2022, the Longchamp racetrack in Paris welcomed government ministers, foreign heads of state, business leaders, experts and professionals in the fields of economics, finance and technological sciences under the theme of “Euro Visions”.

The program included more than 150 speakers, 30 debates, conferences, roundtables and keynotes led by the President Geoffroy Roux de Bezieux. “We had more registrations than usual this year. Bosses want to have perspectives and are looking for explanations on what is happening at the beginning of this five-year period”.  Indeed, the current geopolitical context is worrying: the anxieties created by a global inflation that is increasingly felt as well as by the climate crisis, the return of war in Europe … all subjects that require the attention and action of private enterprise become, today, political.

Benjamin GRANGE, Senior Partner & CEO of Mascaret (formerly Dentsu Consulting), was invited to the meeting of French entrepreneurs and led a round table with Joséphine Staron and Jacques Roujansky on the use of technology as an effective response to the challenges of frugality and energy transition. Interviewed in a program for the channel Acteurs publics, he explained how public-private cooperation could be useful to respond to today’s major economic and environmental challenges.

The government calls on companies and individuals to. More “general mobilization” in terms of energy sobriety.

What the Predisent of the MEDEF explained: “The plan of sobriety on which we discuss is mainly on two subjects: the temperature in the offices () and the mobilities of the daily life, by pushing the solutions of alternative transport to the individual car”

It is no longer taxation but the energy transition that has become the primary concern of members of the employers’ movement.

Today, many citizens are asking companies to report on the various measures and solutions being considered to meet the climate challenge.

In conclusion, all the employers’ movements seem to agree on participating in a cleaner, sustainable and decarbonized economy.