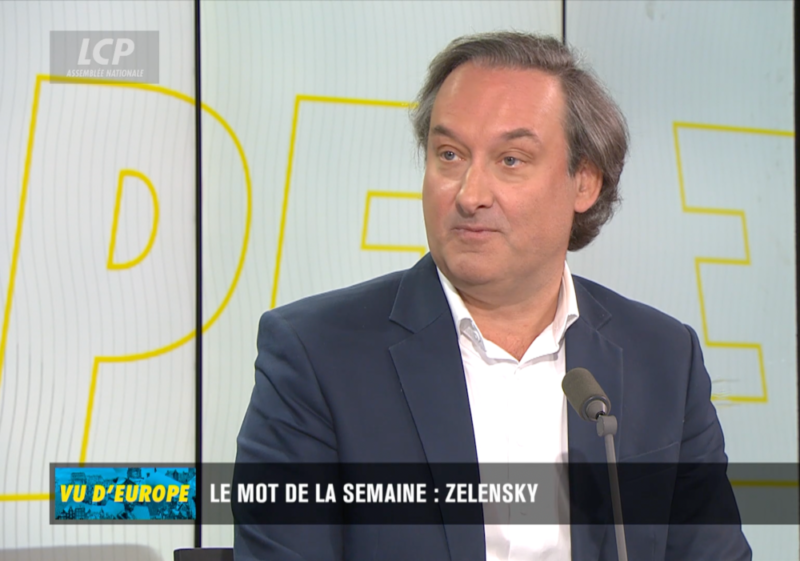 We shared our weekly analysis of European news with you on the Vu d’Europe program of LCP. Alongside Brigitte Boucher, Marc Bassets, correspondent for El Pais, and Alex Taylor European journalist for France Inter, Benjamin GRANGE reviews the reactions to the intervention of the Ukrainian president in Parliament:

“On socialmedia, we talk about Ukraine and we talk about Zelensky. An unmistakable figure is 3.6 million requests in Europe over the last 30 days, i.e. 1,000 times more than over the same period last year!

However, as the mentions are down since the beginning of the conflict, President Zelensky is using drastic means to prevent Ukraine from being a conflict whose media coverage would be passive, frozen, like what we have been able to see in Syria, Yemen or Ethiopia. If we want to use, as Zelensky does, communication as a weapon of war, we must ensure that the conflict remains in the minds of European populations.

It does not take more to trigger an operation of ‘media rearmament’. The effect is immediate: the conversation curves in Italy, Germany or France peak after each of his respective interventions. If the operation appears successful at first sight, generating moments of European communion, the phenomenon is ‘pschit’, lasting only one day before returning to normal. Even the great figures invoked (destruction of Genoa, the Berlin Wall, Verdun) did not hit the mark on social networks. „

Find our full analysis in the replay of the show here!